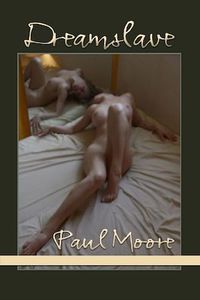 You're not just having a dream, the dream has you. Is it just a computer game? Or something more sinister? The lonely Alice Underland has always felt physically undesirable. She spends all her spare time surfing the web, playing video games and watching old movies. When a chat line buddy sends her a program to download, she thinks it's just a silly computer game. Soon she discovers that her dreams are becoming too vivid, sexual and terrifying, and her waking life is beginning to echo her dreams in disturbing ways. She changes physically as well, becoming as strong and beautiful as her dream self. She dreams that she has been captured and tortured by three male agents who seek a computer disk. Now she wonders if her computer friend has accidentally placed her in real danger, as cells, chains and sexual abuse become a part of her everyday life. Alice isn't sure if she has been confined in a mental hospital or kidnapped by androgynous demons. Even the sympathetic female therapist who promises to help Alice may have a secret and sinister agenda. Trapped in an endless series of dreams, Alice doesn't know who to trust, or what is real, as her life becomes a downward spiral into hell. Is there any way out?